Zakynthos, or Zante,  is a Greek island in the Mediterranean’s southern Ionian Sea. The island’s capital is the coastal city, which is itself called Zakynthos.  It is centred around the waterfront area of Solomos Square.  I visited the island in 2006 and include below some of the photographs of the island and its capital which I took at that time.

Approaching Zakinthos from the sea

Rainbow over the island

Cypress trees in the wooded hills above the island’s capital

One of the island’s many tourist beaches

Harbour side – Fish fresh from the sea

A Bougainvillea-clad house in Solomos Square 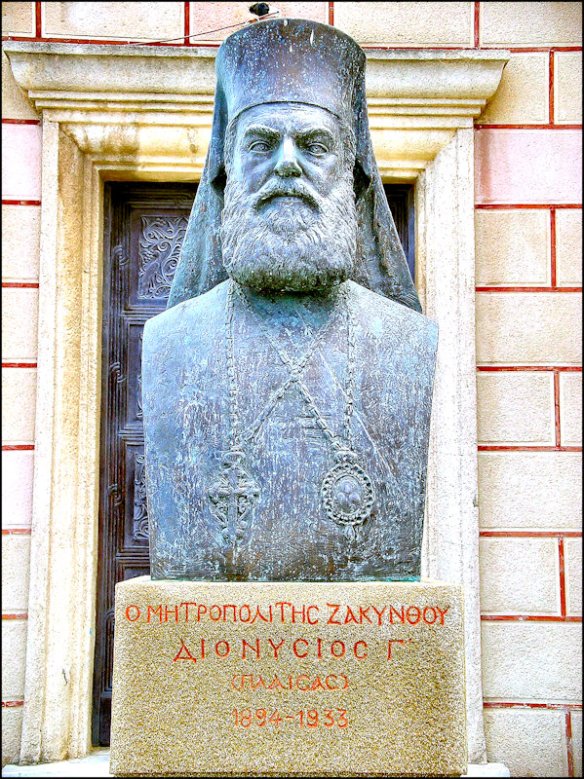 Bronze bust of a Greek Orthodox bishop outside the Church of St Agios Dionysios, Zakynthos 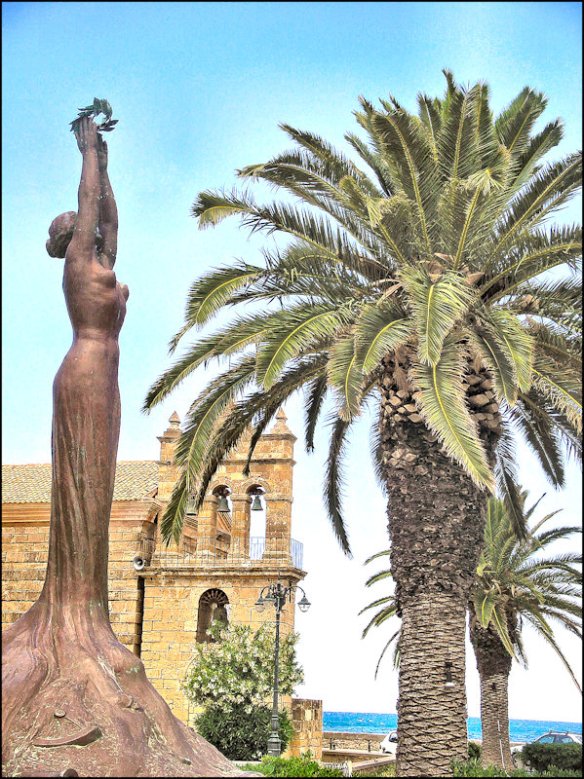 Statue of Liberty on Solomos square in Zakynthos city 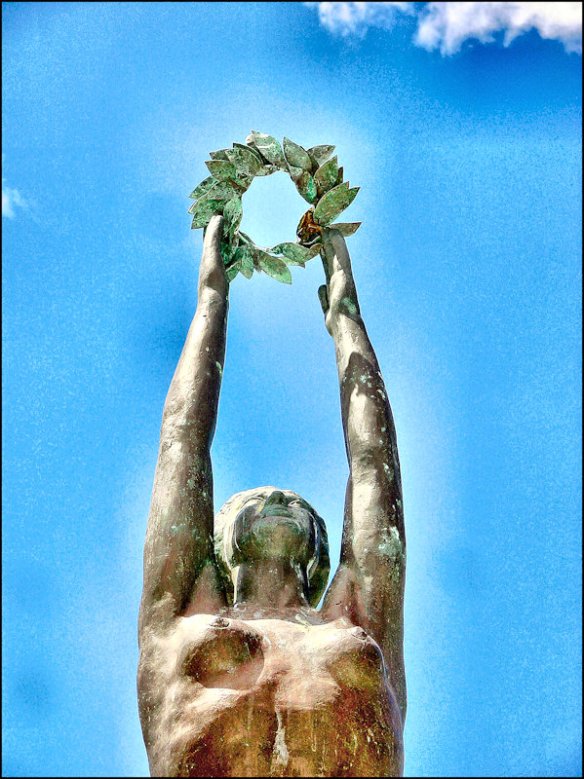 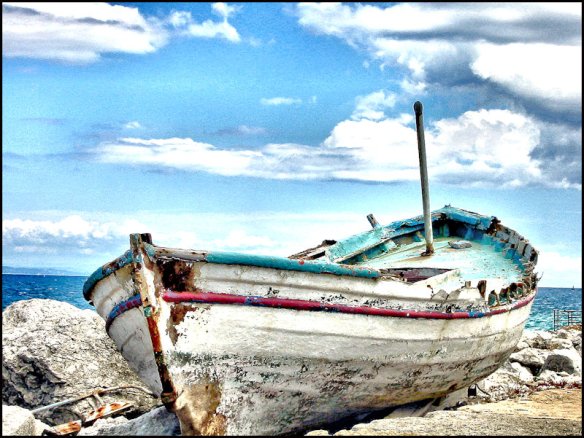 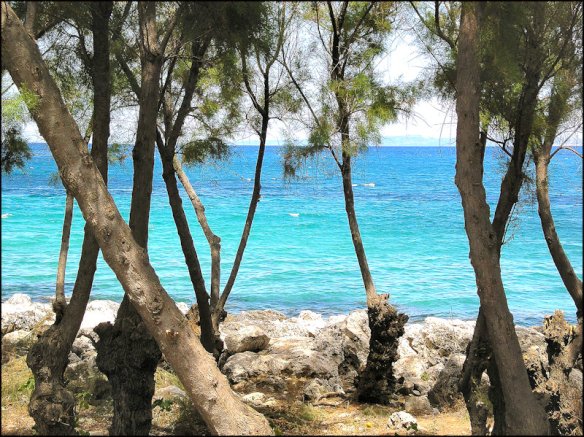