A Gallery of my sketches of notable scenes related to one of the two National Parks in Great Britain’s largest county of Yorkshire. It is where I grew up and where I first experienced the riches of Britain’s glorious countryside.

ABERAERON is a small harbour town in Ceredigion, Wales. It lies on the coastline of Cardigan Bay looking out towards the Irish Sea.  It has a small but vibrant harbour usually heavily stocked with pleasure boats of all sizes and shapes. There is much extremely impressive and beautiful Georgian architecture to be seen in the town.  Many of the houses have taken on a distinctive look by being decorated in bright colours as can be seen in my pen and wash painting above. The town has the reputation of being “one of the best examples of a planned township of small scale in Wales”.  Today the town, situated between Aberystwyth and Cardigan, serves as a touring centre for the Cardigan bay area of Wales. The town’s name is from the Welsh meaning “mouth of the River Aeron”.

I include below images of just a few of my pen and wash sketches and two photographs of scenes in different parts of Wales (titles below).  Click on any one to view a slide show of all the images in larger format . . .

In memoriam
Deferring to Absent Guests
I give you
The Skull beneath the skin
The Quick extolling The Dead
A cadaverous resurrection
Memento More
Become Death’s Head
Where Is Thy Sting?
Heads You Lose
Tails? – I win
Bone Dry
Let Us. Pray.
All Bone – No Meat
Jolly Roger – Old Codger
Jammy Dodger
Brolly Bodger
Death’s Sting
Is corpsing
And, pared to the Bone,
Becomes Life’s Detritus
Leftover leftovers
Smile Of The Devil
Halloween’s halo
All Done and Dusted
Life’s slipstream
Dracula The Goth
Moonshine pale
Reborn as Life’s Dust
What Remains
Only the Death Mask
Wool Skull
To numb skull
Skullduggery again
Rebirthing as
Cranium geranium
Bonehead!

City of Islands
City of dream
Inscribed with colour
Every line.

City of History
City of deeds
Imbued with story
Every step

City of Passion
City of pride
Engorged with fashion
Every stride

City of Clamour
City of bells
Ringing with meaning
Every knell

City of Turmoil
City of strife
Threaded with suffering
Every hurt

City of Mansions
City of graves
Instilled with ardour
Every shrine

City of Titian
City of art
Awash with beauty
Every part

City of Merchants
City of trade
Echoed by Shakespeare
Every shade

City of Conflict
City of strife
Turbulent city
Every vice

City of Water
City of flood
Sea taking over
Every surge

City of Intrigue
City of masks
Sophistry renews
Every day

City of Drama
City of sin
Would I were there now
Let new life begin.

In 2010, whilst visiting Stornoway on the Isle of Lewis, the largest town (about 8,000 people)  in the Outer Hebrides, I came across McNeill’s Bar, or, as it chose to describe itself at the time,  ‘McNeill’s Husband Creche’.

I composed the following verse in recognition of the establishment’s attempt to provide succour and support for its wedded male population in their hours of need.

You know he’s feeling rather queer.

Yes, park him in a cosy pub

While you go off and buy the grub.

He’s a babe if truth be told,

He will be as good as gold.

So shoot off while the coast is clear,

As long as he has got his drinks

While you for those bargains search

He’ll be happy in his crèche.

And when you have no more to spend

He’ll let you take him home to tend

To his desires, his every need,

Wash his clothes, provide his feed,

Tend his pains, caress his ego.

Lassitude is now his credo,

For as he’s just retired you know

You now must reap what you did sow.

Click on a drawing to enlarge it and view the title 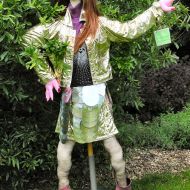 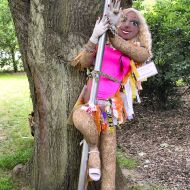 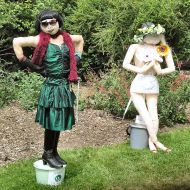 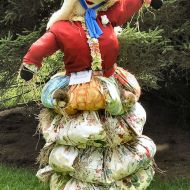 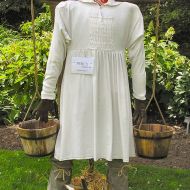 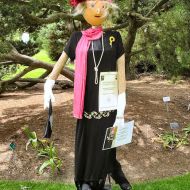 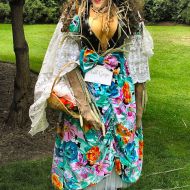 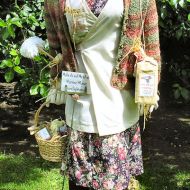 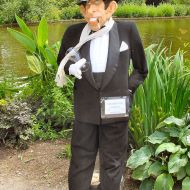 Scarecrow Collection
Get in the queue;
For your entertainment
Learn something new.

Broads and Dames
Wide Guys and Tramps,
Hippies and Harpies
Sirens and Vamps.

Divas and Dandies
Nimbies and Yuppies,
Minxes and moppets
Harpies and Hippies.

Beatniks and Broads
Belles and Babes,
Dandies and Fops
Jacks of all Trades.

Coquettes and Milk Maids
Nurses and Nannies,
Mods and Rockers
Goths and Grannies.

Scarecrow Collection
Roll up and view;
Won’t frighten the birds
But might scare you.