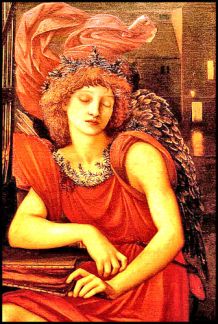 She came to me
A dream enriched
When I was most in need.
Long summers passed
And she was there
She held my hand
Until with time
My troubles did recede

And then
When age had bitten back
She gave her love to me
Without a qualm
She took my arm
For she was Spring
As Autumn came
And I was home at last.

RYE is an English town near the coast in East Sussex.  It was one of the original Cinque Ports and parts of the original walls and town gates, once built to guard against invasions from the French, still remain.  Over the centuries, however, the sea has receded leaving Rye Harbour and the coast of the English Channel about 2 miles (3.2 km) downriver from the town.  In the town centre, cobbled lanes like Mermaid Street still exist lined with medieval, half-timbered houses. The redbrick Lamb House was once owned by writer Henry James. Nearby, the tower of the Norman St. Mary’s Church overlooks the town. 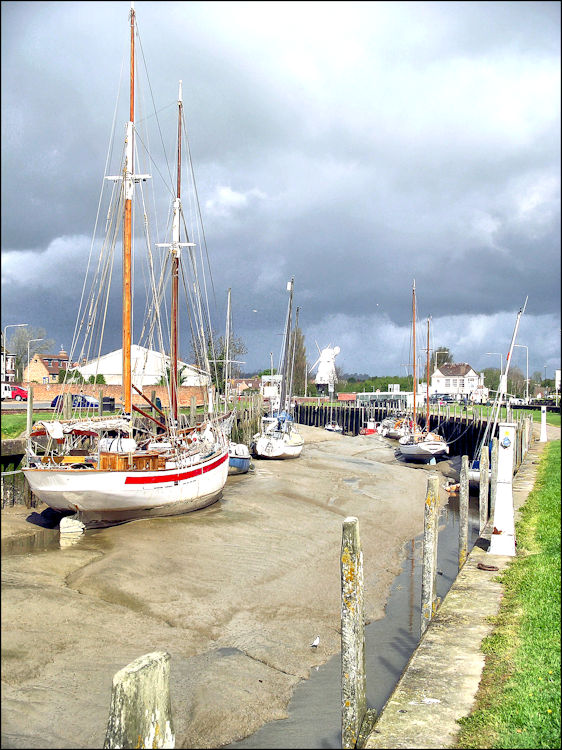 Low tide on the River Rother at Rye 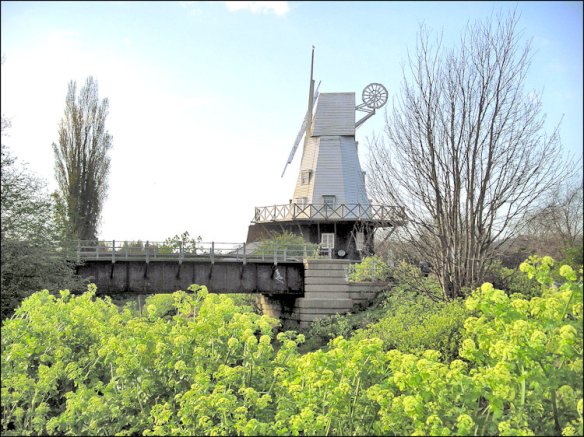 Ancient Rye Mill, reconstructed in 1932 after a fire destroyed much of the superstructure 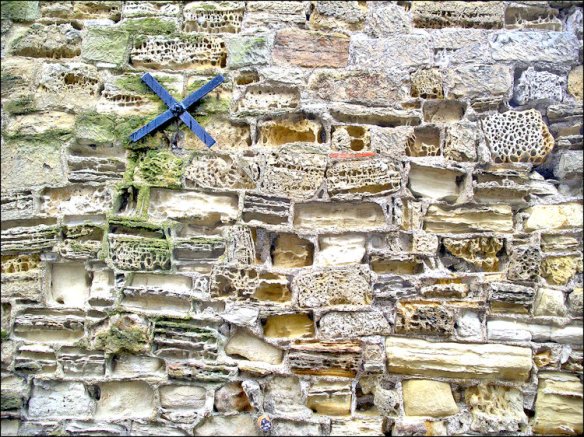 Fascinating weather-worn textures in part of the ancient town walls 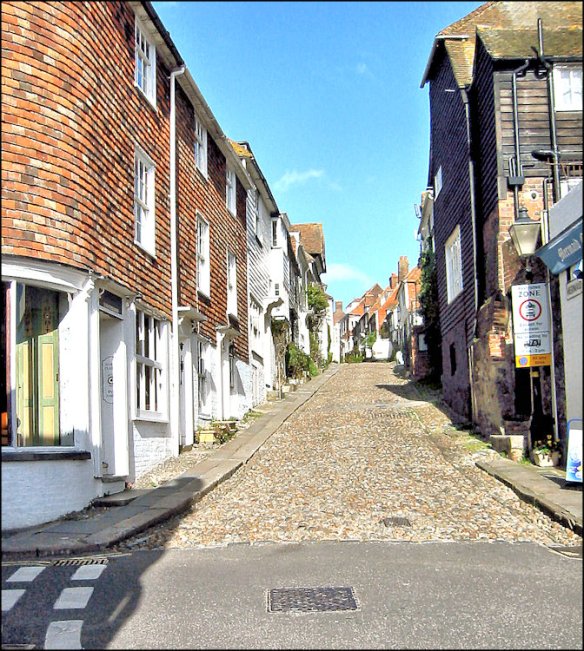 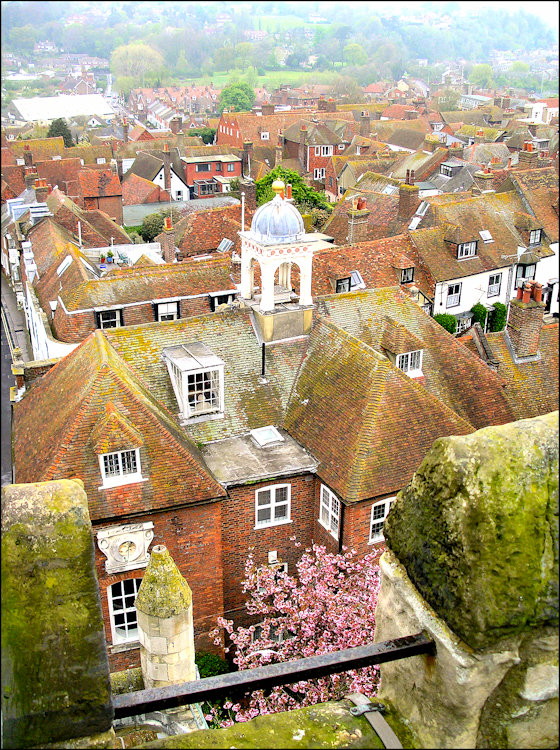 View across the roofs of the town from the roof of St. Mary’s Church tower 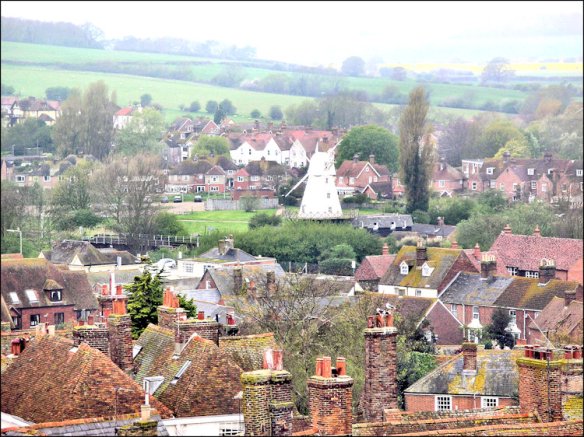 Another view across the roofs of the town from the roof of St. Mary’s Church tower 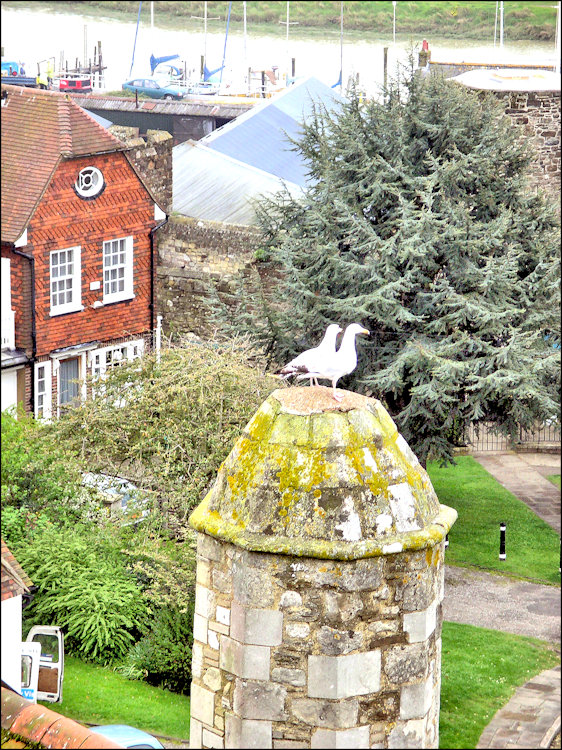 View towards the River Rother from the roof of St. Mary’s Church tower 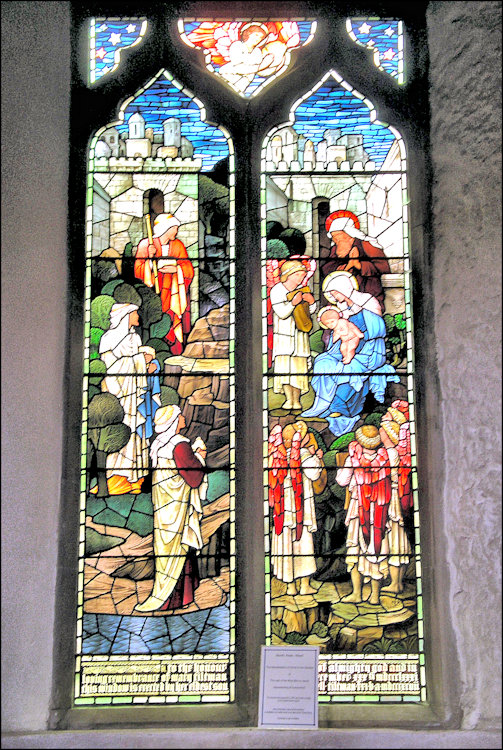 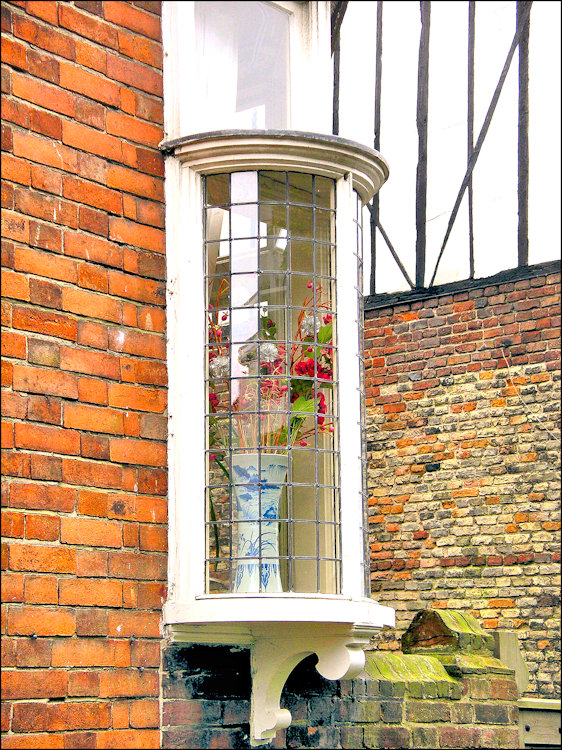 A lovely corner window in the town 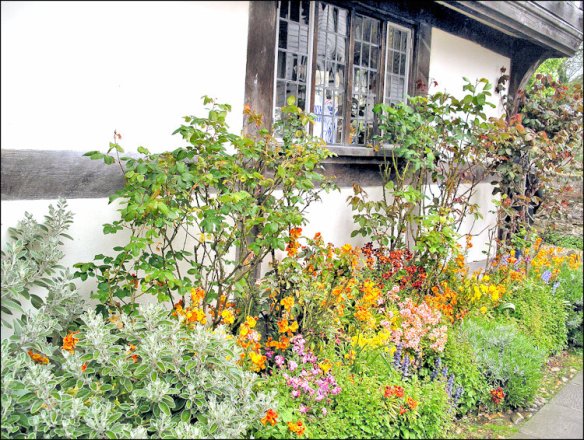 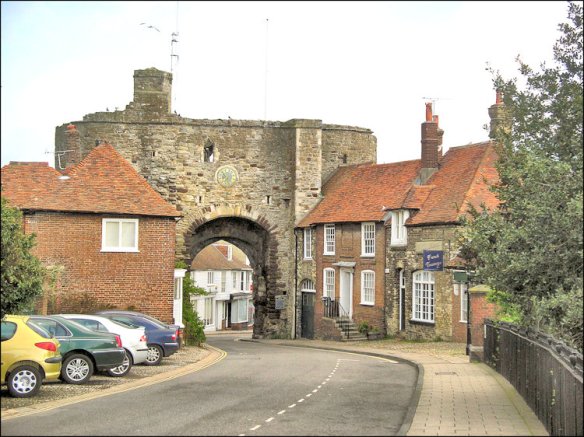 One of the ancient town entry gates 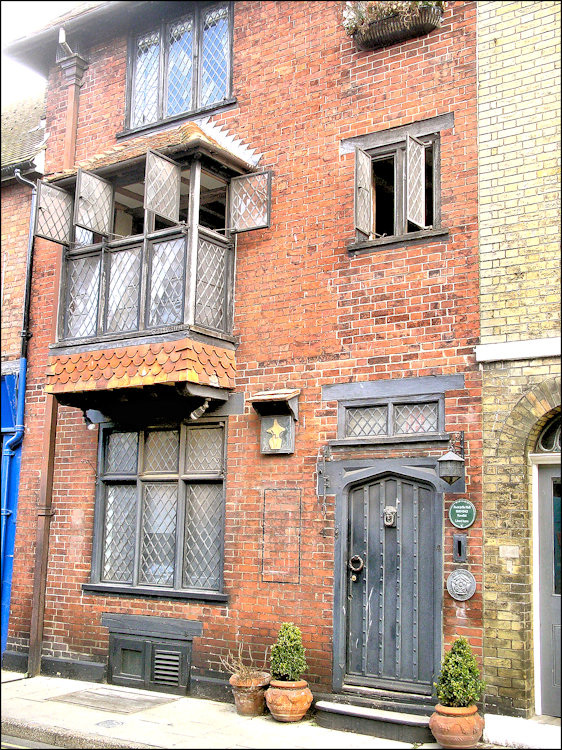 A Verse in Spenserian Stanza:

In a Spenserian Stanza each verse contains nine lines in total: eight lines in iambic pentameter followed by a single ‘alexandrine’ line in iambic hexameter. The rhyme scheme of these lines is “ababbcbcc.”  Somewhat morbid, but my own composition in this form is offered below . . . 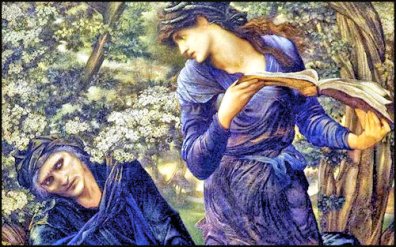 In summer time when light is long to last
And evening stretches far into the night,
Then I am wont to think of times gone past
When life was dear and death was out of sight;
But autumn has arrived and dimmed the light,
That short time left to me now presses hard;
Have I done all the planning that I might,
Allowed myself my faults to disregard,
Updated my résumé, my next life’s calling card?

(Poem No.50 of my favourite short poems) 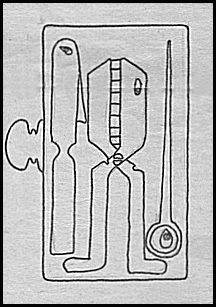 The nutcracker, the skewer, the knife,

You cannot pierce, the skewer says,

or cause the pain of in one place.

You cannot grind, you do not know,

says nutcracker, the pain of slow.

You don’t know what it is to slice.

to both of them the knife replies,

with pain so fine it is not pain

to part what cannot join again.

The skewer, nutcracker, and knife

are well adapted to their life.

By what the others cannot be

and power by the pain they cause

and that is life in kitchen drawers.

Penelope Fitzgerald (1916 – 2000) was an English Booker Prize-winning novelist, poet, essayist and biographer.  In 2008, The Times included her in a list of “the 50 greatest British writers since 1945”. In 2012, The Observer named her final novel, ‘The Blue Flower‘, one of “the ten best historical novels”.  She also wrote a splendid biography of the Victorian artist Sir Edward Coley Burne-Jones.

(Poem No.36 of my favourite short poems) 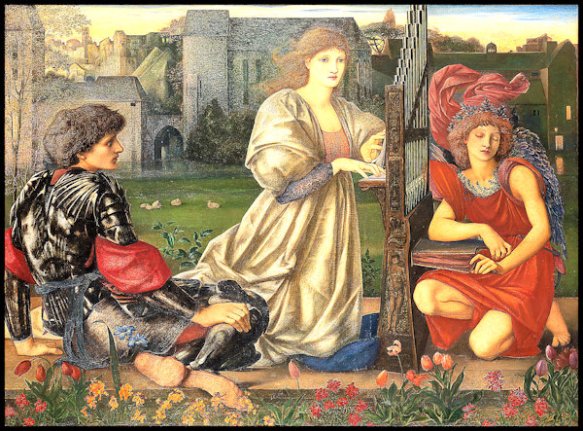 She kept her songs, they kept so little space,
The covers pleased her:
One bleached from lying in a sunny place,
One marked in circles by a vase of water,
One mended, when a tidy fit had seized her,
And coloured, by her daughter –
So they had waited, till, in widowhood
She found them, looking for something else, and stood

Relearning how each frank submissive chord
Had ushered in
Word after sprawling hyphenated word,
And the unfailing sense of being young
Spread out like a spring-woken tree, wherein
That hidden freshness sung,
That certainty of time laid up in store
As when she played them first. But, even more,

The glare of that much-mentioned brilliance, love,
Broke out, to show
Its bright incipience sailing above,
Still promising to solve, and satisfy,
And set unchangeably in order. So
To pile them back, to cry,
Was hard, without lamely admitting how
It had not done so then, and could not now. 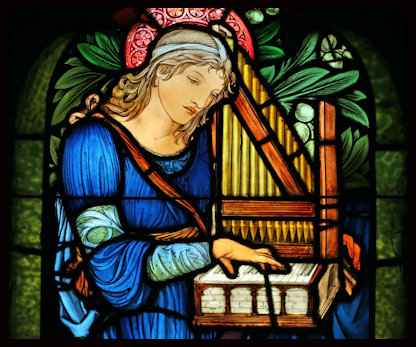 When time at last has caught its fearful breath
And I have cause to think again of you,
I will return to our far distant past
And then relive those old desires anew.

For when in trepidation I now pray
For health and strength in my remaining years,
Memories flood back of youthful days
When you and I brushed eyes and shed some tears.

Now, when hearts may meet and lips may touch,
And old less supple bodies bond in bliss,
Now, when you give to me your self in love,
Then will I sing and long remember this.

That youth and age together make a life,
Related sides of but a single page.
This truth becomes at last to us apparent,
Allows our hearts in love to re-engage. 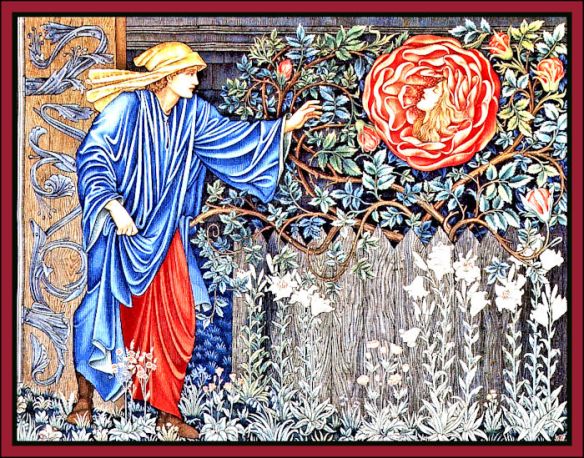 The poem’s format is also strictly regulated.  The first and the third lines in the first stanza are repeated in alternating order throughout the poem, and appear together in the last couplet as the last two lines. 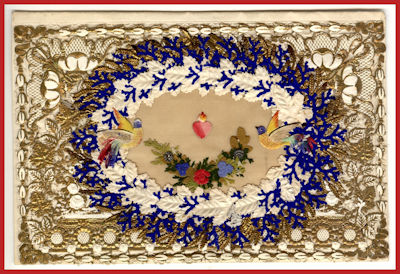 My mind
enfranchised in sleep
liberated from rationality
my unconscious
set free to roam my history.

The blurred narrative
picks and chooses
what it wants to portray
to examine
to reconnoitre.

A current friend
a past acquaintance
someone who is no one
brought together
and the scene is set.

I wander amongst its passage ways
through its disjointed scenery
meeting both friends and strangers
so unclarified
and yet telling a minimal story
its sequence uncontrolled
unfettered by personal decision
moving on at leisured pace
subject it seems to no control
seemingly governed solely
by its own momentum
no decisions involved in the flow of events
linked by no conscious reason
aware of scenery
of being somewhere half-known
but insensate
unaware of how I feel towards it.

Then,
an arbitrary end
to these inconclusive series of events;
sometimes just a fading;
but at other times
an abrupt cessation
of the out-of-focus story’s flow
an abrupt end
often in mid event.

Just dreamland
half-remembered
soon forgotten altogether
lost in another time
another life
a parallel reality
or even outside reality
but it must be my reality.

My unconscious
set free to roam my history.
How that happens to be
to me that remains a mystery.

Burne-Jones … ‘The Beguiling of Merlin – detail

The End Of The Line

I would say that this is it now
As far as we can go
There never was a future in our love.
I needed you so deeply; it was not the same for you;
With half a heart did you your love bestow.

When I reach out to hold you
Do you welcome my advance?
Do you give to me a sign you understand
How much I need your presence to accept me as I am?
Oh, no! You judge me with that withering glance?

When I say I want you
Do you offer up to me
Your honest love and deepest feelings too?
No, you falter once again in opening up your heart
You hesitate, and claim you must be free?

So with all our quarrels over
Instead of settling down
To that ever loving state that we once shared
We will never have a future when there is no give and take
It’s not worth it just for your enduring frown. 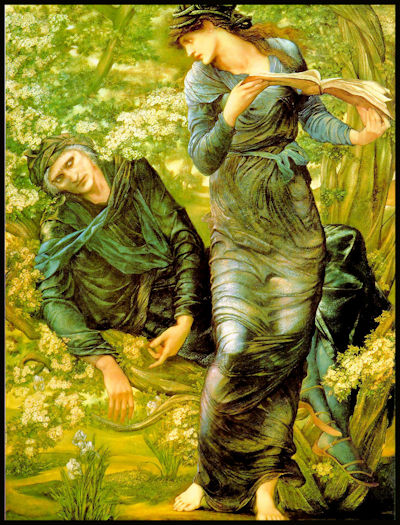 ‘The Beguiling Of Merlin’ by Sir Edward Coley Burne-Jones … painted 1872-1877 … now in the Lady Lever At Gallery, Liverpool.  The scene is from Arthurian legend, depicting the infatuation of Merlin with  Nimue, the Lady of the Lake.