After my attempt at a cinquaine in yesterday’s blog, I turn to another verse form, sounding rather similar but conforming to a different set of rules.

A Quinzaine is an un-rhymed verse of fifteen syllables. The word comes from the French word quinze, meaning fifteen. The syllables are distributed over three lines so that there are seven syllables in the first line, five in the second line, and three in the third line (7/5/3). The first line makes a statement. The next two lines ask a question relating to that statement. (From: Wikipedia).

Below are 4 of my attempts at a quinzaine, each related to one of my own photographs 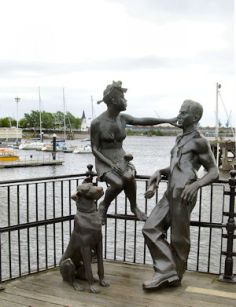 Look! The sun is coming out.
Isn’t it home time?
Dog: Food time? 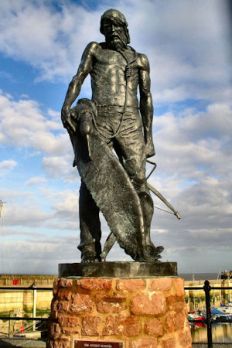 I just shot an albatross
Does that mean bad luck?
Isn’t life short?

Resting place for my ashes.
Will I end up there?
Who can tell?

The owl is a wise old bird.
Does a stone one count?
Can he hoot?