‘Head of Adam’ Copy in Pencil of Michelangelo’s painting in the Sistine Chapel. Vatican City, Rome … by WHB -1981

The dust of borrowed time

Has settled on my soul

On my retreating days

Aware as I am now

How limited my gaze

Which cannot tell me how

Much latitude I have

How bad will be the weather

My seasons tell my stories

Now all have come together

Time reaches out to garner me

I’m handing in my history’s key.

For the first of a series planned to cover some of my personal interests in the visual arts, I am displaying some of my early pencil sketches which have as their subject the human head as depicted in well-known works of art.

The first four are all details sketched from works of Michaelangelo – the originals are all to be found within the Vatican City in Rome.  The 5th is the head of St.Jerome from Domenichino’s ‘The Last Communion of St. Jerome’,  also in the Vatican.  The last sketch is my own version of Shakespeare’s Sir John Falstaff.

The titles can be seen by hovering the mouse over the image.  Clicking on any single image will bring up an enlarged version, together with a carousel view of all the six drawings. 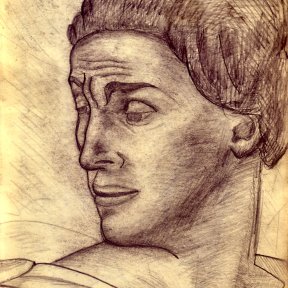 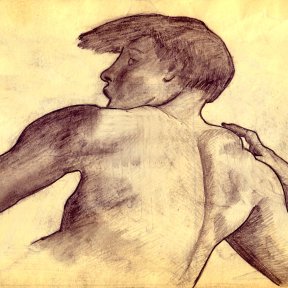