It is the area where I spent my youth and which will for ever be close to my (now southern) heart.  I have shown my photographs, taken over the many times I have revisited, in previous blogs.  The ones below were taken on a motoring tour of this delightful high moorland area in 2005.

The Lion Inn on remote Blakey Ridge is a 16th Century establishment located at the highest point of the North York Moors National Park.  It stands at an elevation of 1,325 feet and offers breathtaking views over the valleys of Rosedale and Farndale.

Long before ‘Heartbeat’ and TV fame, the tumbling waterfall of Mallyan Spout helped put Goathland on the map as a tourist village in the nineteenth century.

The waters of West Beck into which Mallyan Spout tumbles.

Grosmont Station is home to the operating and engineering world of the NYM Railway. Here you will find the engine sheds where the steam and diesel locomotives are maintained and restored.

Yes, steam trains – in all their glory!

This bracing moorland village has attracted visitors since the 19th century, but numbers soared following its appearance (as ‘Aidensfield’) in the television series ‘Heartbeat’ and its role in the ‘Harry Potter’ films. 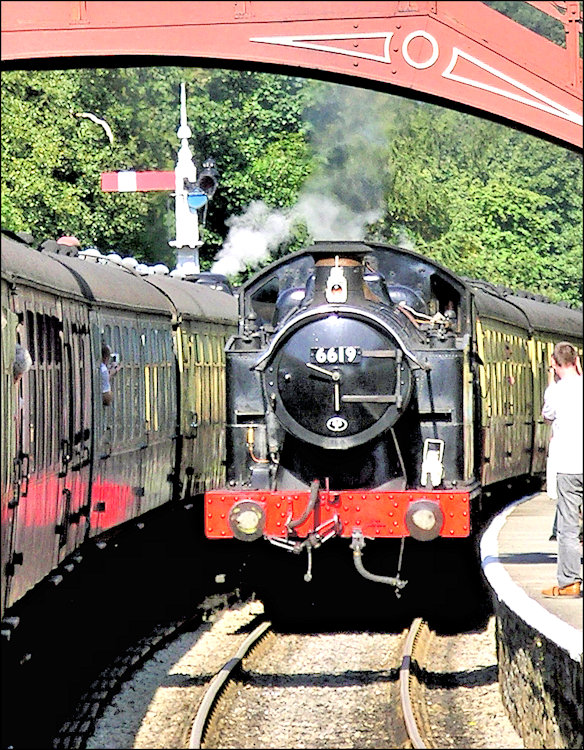 A view from the NYM Railway, of the pyramid shape of the Fylingdales Royal Air Force station on Snod Hill in the North York Moors. It is a radar base and is also part of the National  Ballistic Missile Early Warning System.

The Rydale Open-air Folk museum can be found in the beautiful village of Hutton-le-Hole, in the heart of the North York Moors National Park.  The museum offers a unique glimpse of the past, with collections housed in 20 historic buildings depicting rural local life from Iron Age to 1950s. 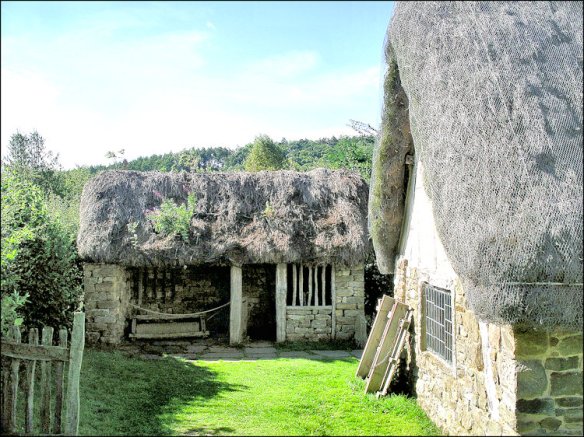 Some of the cottages at the Rydale Folk Open-air museum