Photo by Vural Yavas on Pexels.com

You promise a delicious bonus
I wonder what joy that could bring
Perhaps, being a tell-tale romantic,
And allowing conjecture to sing,
A cruise on a tropical ocean,
Where mermen and mermaids will bring
Their wisdom, their unceasing love songs,
To promise delight in the spring.

I’ve made my way along this river
Accepting all from every giver
Now I’m stuck – a great fat ball.
Full of gunge and ten feet tall.

Mounds of wet-wipes, cooking fat.
Now you know what happens to that.
Rolled into one gigantic ball,
Big as the goddammed Albert Hall.

They say how many of us exist
In pipes and rivers in our midst.
Across our fair and pleasant land
Disposed of waste … Ain’t it grand!

When they’ve dispersed my fat and grease
all those wet wipes, every piece
Then at last I’ll meet my end
But then the next one will descend

And when dissolved, where do we go?
Why, into the sea then, don’t you know?
That great big cess pool in the ocean,
Unlikely to stir your dulled emotions.

A FATBERG is a congealed mass in a sewer system formed by the combination of non-biodegradable solid matter, such as wet wipes, and congealed grease or cooking fat. Fatbergs became a problem in the 2010s in England, because of ageing Victorian sewers and the rise in usage of disposable cloths. Wikipedia

The fountains mingle with the river

And the rivers with the ocean,

The winds of heaven mix for ever

With a sweet emotion;

Nothing in the world is single;

All things by a law divine

In one spirit meet and mingle.

Why not I with thine?—

And the waves clasp one another;

No sister-flower would be forgiven

If it disdained its brother;

And the sunlight clasps the earth

And the moonbeams kiss the sea:

What is all this sweet work worth

If thou kiss not me?

I walk not with the summer geese

as they make their stately way

along the water’s edge

through the incoming waves

this sense that Nature and I

Working to the same end

Coupled in a determination

Into whatever the future will bring

Poem composed in collaboration between Alma and Roland – November 2017

SELKIES (said to be a diminutive form of the Scottish word for ‘seal’) are mythical creatures which feature in much Celtic literature and folklore.  These stories and the alleged sightings of these shape-shifting creatures are mostly centred on the Hebridean Islands of Scotland and the island groups of the Orkneys, the Shetlands, and further north in the Faroe Islands and around the Icelandic coastline.

Sea-going and fishing communities in these places have their stories to tell about these creatures.  Unlike mermaids, they are not half-human and half-fish.  Selkies, both male and female, are said to live as seals when in the sea, but shed their skin to become humans when on land.

The legend takes many different forms, but it is generally thought that whenever a selkie and a human meet when both are in human form, the two will always fall in love. Such tales, however, never have a happy ending as the selkie will always at some point have to answer the call of the sea.  Even if their human partner hides the seal skin away, then, as soon as it is discovered, the Selkie will be unable to resist returning to its life as a seal, often leaving his or her children behind.

Some interpretations of the legends maintain that, in this way, many sea-faring families, having lost their father, brother, grandfather at sea and the body never being recovered, explain the absence to the children as their loved one having re-joined the seal community (‘Gone to join the seal folk’) and will one day return.

By the sculptor Hans Pauli Olsen – ‘The Seal Woman of Mikladalur’ statue on Kalsoy (2014).  In old Faroese folklore it was believed that at certain times the seals came out of the sea, stripped their seal-skins and became real human beings, dancing on the shore. But before sunrise they had to take on their skins again to be able to return to the sea – their natural element. 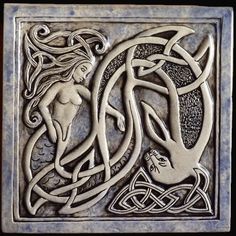 PART The Second – to be published tomorrow . . . 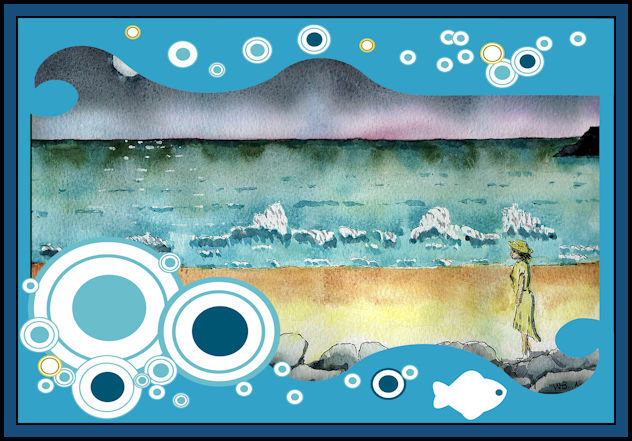 As for me it wanes
I feel your presence

There is a beautiful song, composed by the American songwriter, Carl Sigman, called ‘EBB TIDE’.  I came across this beautiful and moving rendering of it by my favourite male voice a capella choir, The Westminster Chorus.  I have brought these to your attention in a previous blog.   please do listen to their version of ‘Ebb Tide’ at this YouTube link …

As the distended rollers break
Upon that ocean shore
I think of all the hearts that beat
But now will beat no more.

Friends who were once so close to me
Whose lives with me were one
Who now have lost their lust for life
Lost it, and have gone.

Sadness is no gift to sorrow
But memories linger on
It’s when I watch the ocean’s waves
It’s them I think upon.

Why this should be I do not know
For me there’s no release
It is the breathing of the waves
Confirms our own will cease.

Perhaps it is their constancy,
Their never ending thrust
Confirms our own ephemeral lives
Will end soon, as they must.