Portland Bill, or The Isle of Portland, lies immediately to the east of Chesil Beach.  This area of land is not in fact an island, but a promontory, 4 miles by 1.7 miles, jutting out out into the English Channel.  It forms the southernmost point of the county of Dorset, England, and is 5 miles south of the seaside resort of Weymouth.

The ‘island’ is renowned for the quality of its limestone, formed during the Jurassic period and for many years since it has been quarried here.   Being of such excellent quality, the stone has been used extensively as a building stone in many major public buildings throughout the British Isles, such as St. Paul’s Cathedral and Buckingham Palace in London.  Portland stone has also been exported to many other countries and has been used for example in the the building of the United Nations Headquarters in New York City.

I have also included in my photo gallery below, a few pictures of swans from the Abbotsbury Swannery situated on the banks of Chesil Beach, just a few miles west of Portland Bill. 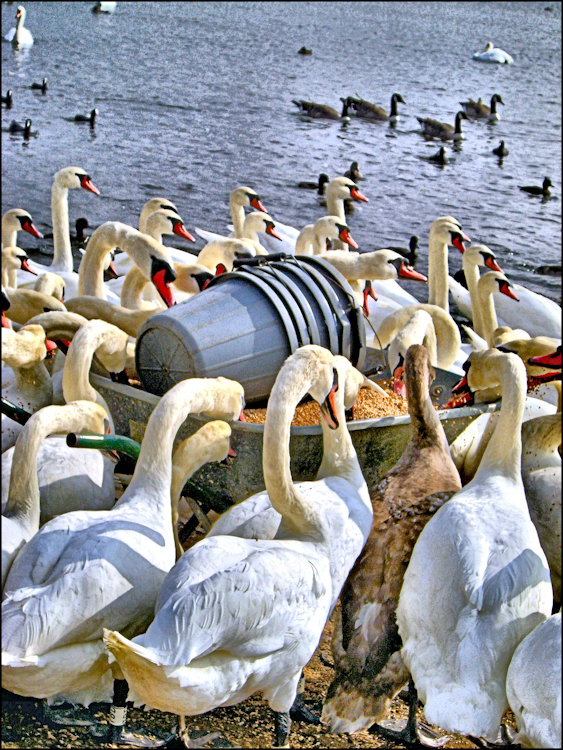