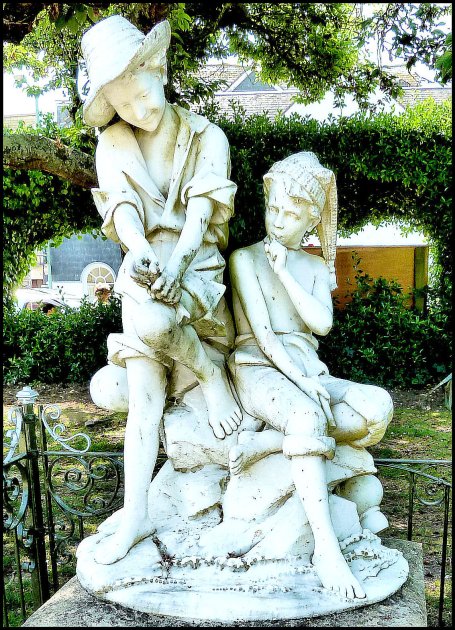 ON LEAVING MY FIRST JOB

Children have their own well defined idea of the future.
For them it is Christmas, morning, birthday,
tomorrow, tonight.
Beyond that all is optimism.

I am leaving my first job today.
The future is an intimidating prospect.
The unknown, as in Conrad’s novels,
can only be evil, malignant, oppressive.

But for me!  This is an end.
The corpse of tomorrow,
The bones, the dust of ‘then’.
They kill me now
They live in my past
And corrode my future
For nothing decays the mind like knowledge.

And the future?
It is strangling me now. Rigid in its clutch;
Still and expiring
It holds me, stifles me.
Like a taut spring it pulls me to destruction.

And is that innocence?  The present?
If the future is experience,
the corrosive element, something to fly from,
It must be.
And I am in both.
The future of these children, the experience
They move unwittingly towards.
Victims of life’s great confidence trick.

But who is in my future?
Who is regretting me now?
And has done what I am yet to do?
For I must go to meet him (her?).
There, is my standing still –
Only the slow death from birth.

Why the sudden silence? They know what’s to come.
And I don’t.
That is, they think they do.

Finished at last
What had begun.

What had begun had ended now
– And I am glad.

– For the end but not the beginning.

Jay?  Ponting?  Do I notice
A tinge of wistful sadness and regret
In those affirmatives?
Do I imagine I’ve done that for them?
Made them anticipate the regret of their futures?
A tick for the end. (That would have been something to mark the end)

They live in the here and now – and for it.
For what is happening, is.  What has happened –
Was.  For some of them.
The innocence of ignorance.
What is yet to happen separates boy from man.
For the future teaches them
Nothing
Because it means nothing.
To them.

I only know that I don’t know –
Only an end.

Sic transit . . .
Their future is complete
Mine but beginning
. . . and thus the child fathers the man.

I composed the above lines, many years ago, when I was about to leave for another post after my first four years as a young teacher of young children.   For me, the ‘future’ arrived, and now has almost gone.   I wonder how the future turned out for all of my pupils.   Perhaps some of them are now reading this blog?

The photographs were taken by me in Devonshire and Northumbria, U.K.