The Grand Western Canal provides wonderful level walks and bike rides along its nature-adorned tow paths.  It extends for eleven and a quarter miles from the basin in Tiverton, East Devon, through quaint and charming villages to Lowdwells, near the Somerset border.

Perhaps the greatest attraction on the Canal is the much-loved horse-drawn barge based at the start of the canal in Tiverton.  It is a beautiful wide beam, 75-seater horse-drawn barge and the same boat has been taking passengers for trips along the canal since 1974.  The Devon section of the GW Canal is now a designated country park.

My photographs below were taken on a beautiful summer afternoon when I undertook a trip on the ‘Tivertonian’. 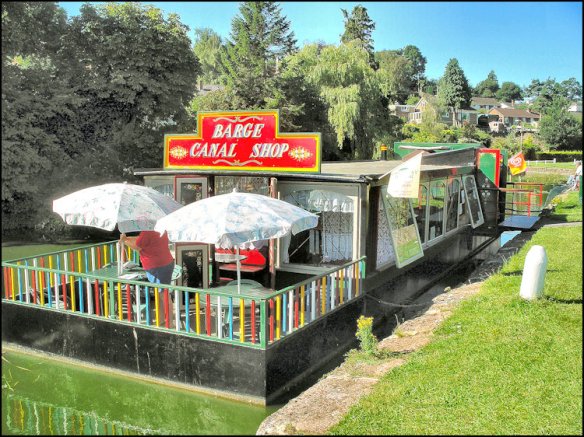 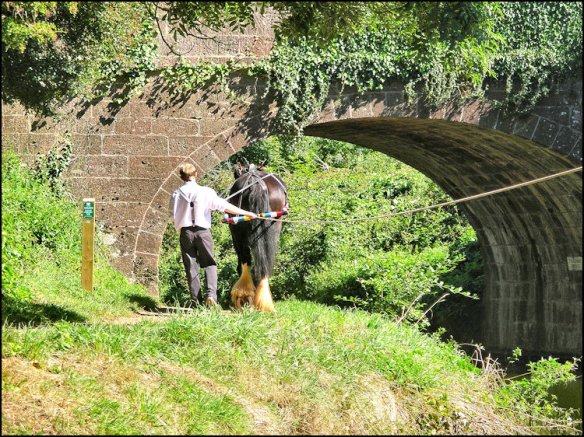 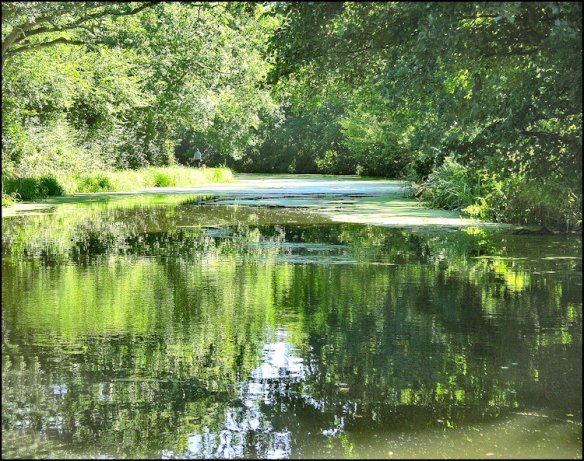 I have covered some of this information before on one of my blogs, which can be viewed by clicking on: ‘The Canal Horse’

The video below was made by The BBC, ‘One of the Last Horse Drawn Barges in the UK’ was filmed on the Grand Western Canal in Devon UK. 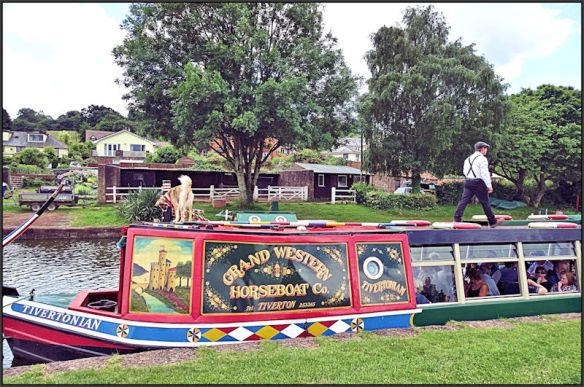 This canal ride is offered during the Summer months on one of the last Horse-Drawn Barges in Great Britain.  Scheduled rides on the canal boat start and end from the point where the Great Western Canal commences, in Tiverton, East Devon.  Details of what is on offer  at this delightful site and timetable of the canal trips can be found on the website below  . . .

A BBC TV Video of this canal barge experience is also made available via this website . . .